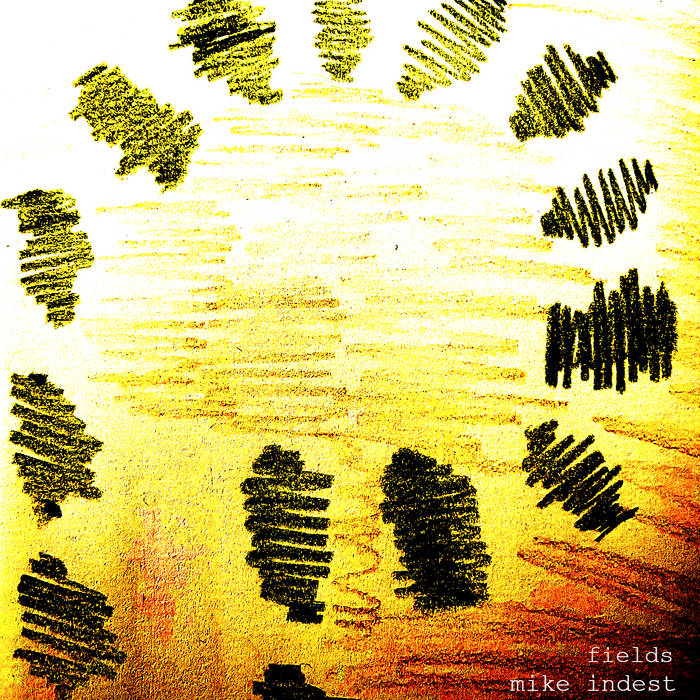 This album is for and about the younger me. The me who didn't have the language to express my needs or confusion. The me who wasn’t given the opportunity to comprehend what was really going on in the abusive world of Christian fundamentalism. I can look back and laugh at some of the religious bullshit I grew up with, but I also look back with disappointment and anger knowing how much time was wasted living in a false reality. Living in this lie caused much confusion, anxiety, and plenty of missed opportunities. I have a journal filled with embarrassing, painful and absurd stories that if you can’t laugh at, you’ll cry. Writing songs has always been my way to cope, so I turned some of these stories into this album by taking one traumatic religious experience from each year starting with kindergarten continuing throughout high school. Believe it or not, these are only a sample.

The Curtains Fall - I choose lines that were literal and could also be relatable to the listener in a more abstract way. “Splintered Hands” was from when the neighbor got a free tube of Aquafresh in the mail. I went to get a chair to see if we had one in our mailbox as well. I slipped and slid with both my hands down the wooden fence and had dozens of splinters in my hands. It took several days to get them all out. “The Curtains Fall” experience still makes me shiver. When the curtains fell behind the crib that my younger sister was in, I was certain I was going to see a little demon standing on the window sill. Because of what I was taught as a kid, the reality of that demon causing the curtains to fall was just as real as the splinters.

My First Confession - Like any good Catholic kid I had to go to confession. I remember sitting there and the priest going through a list of possible sins I could have committed. I was a hyper-vigilant kid not wanting to do anything wrong so I didn’t have anything to account for, which was frustrating for the Priest. I mean, there were demons sitting on my window sill, I wasn’t about to do anything wrong!

He’s Breaking Records - As we moved from the Catholic Charismatic movement to the Assemblies of God things changed drastically for the worse, including a zealous “cleansing of the temple” to remove any hint of worldly influence from our house. I remember my sister running into the room I was in and said, “Come quick Dad is smashing all your records!” Things became even bleaker as “Christian Music” was the only thing allowed in the house and even then only approved “Christian Music”. This is a great example of language and expression being controlled by adherents to an oppressive religious structure. If the questions of others are not allowed to be voiced then in that reality they don’t exist. Even at a young age music had a profound impact on me and only being able to listen to approved “Christian Music” was like not being able to use certain colors to describe a painting.

Oh Benny - I had two encounters with Benny Hinn. The first was in third grade (my sister disputes the year) during chapel at a Christian school. Before Benny got up to speak, the Principal told a story about how at a school Benny was at previously some kids were acting up on the back row and Benny, through some gesture, knocked them out. I don’t remember much about the service but at the end we all were “encouraged” to go up and get prayed for. I stood there waiting for my turn as my friends all hit the ground, one by one, “slain in the spirit”. Two guys stood behind me and as Benny put his hand on my head, I went down. I just laid there looking around to see when my friends were going to get up. It seems like an eternity. So many wrongs here including the lack of protection by the adults that let this craziness happen. I don’t remember the year the second time I saw Benny but I stood there and wouldn’t join hands with the others around me so they all started praying for me and the guy I was with. Benny swung his coat around and all those that had their hands joined all went down together while my friend and I just stood there.

Fields Parts 1,2,3 - Fields Part 1 was the first song started for this project. I tried to keep these three songs from being boring while still conveying the soul crushing boredom I experienced living in exile and poverty. Living on a farm in the middle of nowhere, while my dad attended Bible College, was quite the change from living in New Orleans. I guess we all had to suffer for his calling.

Stories I’ve Heard - Did you hear some version of these stories in church too?

The Exile Is Over? - Moving back to New Orleans was like coming alive again after the financial, spiritual and cultural poverty of living in the middle of nowhere. While there was some new freedom and accountability there was still a stranglehold of toxic beliefs that poisoned everything.

Do The Neglect - “I know he hit you, but you can win him over to Christ if you stay in the marriage and stay submissive.” “Maybe there are some things you need to change about yourself that makes him that angry?” “Maybe his anger is the Holy Spirit working on him, stick with it!” “I know you are exhausted sometimes but your body belongs to your husband and it's your Christian duty to fulfill his needs.” Yes, these are real things that I have heard!

Sophomore Slump - With a doctrine centered around the toxic Trinity of Decision Theology, Eternal Conscious Torment and the Rapture they set the stakes way too high. You’re not to question it, even a little bit. Yet, you do question it and you should. You learn that if you don’t question, the stakes are even higher than what you are threatened with.

88 Reasons - There was a little book out that claimed that the Rapture would happen in 1988. That sucks for a teenager who has so many things yet to experience.

God’s Kink - I was getting ready to go to a Petra concert with Josh McDowell on their “Why Wait?” tour. I answered the kitchen phone and my girlfriend notified me that God told her, through a group of people, that she was supposed to marry this other guy. All the while an older woman was told by God that she was supposed to marry me. Where were our parents protecting us from this?

Reformation Day (Bonus Track) - After High School I went to the L’Abri Fellowship in Huémoz, Switzerland. That stay was a game changer for me. It was great to be around people who valued art and the creative process. I played a concert there with other students and thankfully recorded it to tape. The background audio was room noise before the show started. I arrived at L’Abri on Reformation day 1990.

My Heartbeats Faster When You Are Around (Bonus Track) - I wrote this as my son went to bootcamp and my daughter was talking about moving to another state. I wanted to include a song about breaking the cycle of control and toxic family traits and encourage my kids to search things out on their own.